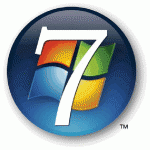 One of the questions we receive is “What Operating System should I run on my business and home computers?”   For most people we have been recommending Windows XP Professional.  However, with the availability of Windows 7 it requires a closer look.
I took the opportunity to load the full version of Windows 7 Professional Edition on a spare hard drive I had for my laptop.  This allowed me to live in both the Windows 7 world and drop back to Windows XP, if there were problems.  I evaluated some key areas of my experience with Windows 7 and graded each area.
Install: Grade B
The install was fairly painless and Windows 7 found most of the hardware on my three year old Lenovo ThinkPad.  Since my spare hard drive already had Windows XP loaded, it was technically an upgrade, but the “upgrade” from XP is destructive and all my previous configurations were erased.
I was impressed with the ease of the installation and thought it did much better than Vista had on hardware detection.  Looking at some manufacturer sites (Lenovo and HP) reveals that there are not a lot of Windows 7 drivers available because they were included with the Operating System.
Compatibility: Grade C
I started through the process of adding the key software I use daily: Microsoft Office, Firefox, Lotus Notes, ConnectWise, Groove, Pandora, and a handful of others.  Most installed fine and worked well.  A couple had little quirks that will need to be fixed by patches or updates to the applications.  A few didn’t work at all.  For the most part we are hearing that application providers say that their products will be certified for Windows 7 about 90 days after Windows 7 ships.  There is a XP compatibility mode but it appears to require a significant effort to get it rolling.
Performance: A
The biggest test for me is how well does it work on my older laptop.  I have plenty of memory, but the laptop is aging.  In this area I was very impressed.  The old laptop was snappy and ran programs as well or better than XP, certainly much better than Vista.  There is a host of new and improved diagnostic tools as well, which allows us to see the disk activity, network activity and processor and memory usage all right next to each other.
Boot up, hibernation and shutdown each worked well and quickly.  Speed and performance was the best part of the test and made me want to use Windows 7 as my primary OS from now on.
New Look and Feel: Grade A
An impressive feature that made me want to use this OS is the new taskbar.  With Windows XP/Vista, the system tray gets filled up with icons pushing left, and the quick start icons pushing right, which left little room for actual running programs.  And then the order of the programs was always changing on the task bar.  Here Microsoft took a hint from Apple and revamped the taskbar all together.  System tray icons are hidden, but still easy to view.  The quick start and the taskbar have been combined.  When you start a program it shows up on the task bar.  If it is something that you use frequently, you can right click it and select Pin to the taskbar, and it will always stay in the same place.  In addition, if you have multiple windows those show when you mouse over the icon.  Very useful.  In the picture on this page, the mouse has rolled over the Word icon revealing six different open documents.
Security/Usability: Grade B
Microsoft had taken hits over the years for their lack of security and have responded with more and more restrictions to what you can and cannot do on a PC.  This was challenging with Vista, but has improved with Windows 7.  The User Access Control setting can be adjusted by an administrator to allow for use of some programs and functions that Microsoft might construe as unsecure.
Result: Thumbs up…in 3-6 months
I ended up switched back to my Windows XP drive because a couple of the critical programs I use every day didn’t work properly.  I tried again when those programs were updated, but with the same results.  The features and performance make this a solid operating system for the future, but we need to wait for the application manufacturers to catch up with the new release.
We expect that in the next three to six months we will be recommending this operating system for all new systems.
Other Considerations:
There are a host of additional features with Windows 7 that I didn’t address here, including support tools, libraries, and integration between the workstation and the server.  For some clients many of these features will be a big hit and allow us to provide better support over the coming years as more users move to Windows 7.
Some of the new features in Windows 7 are tightly coupled with Microsoft’s new Server Operating System Windows Server 2008 R2.  Be cautious when reviewing features, some of them will require additional investment beyond the workstation.
Final Thoughts: Upgrading from Windows XP?
Upgrading an existing Windows XP system will need to be considered carefully.  Most people buy their operating system with their computer – a method called OEM licensing.  That means that you have the right to run that ONE operating system on that ONE computer.  It can’t be moved and upgrades are limited.  The reason for that is the cost of the OEM license is much less than a full license.
The reality is that most people do not upgrade their operating systems on their existing computers.  The new features are nice, but when you combine the cost of upgrading applications to work with the new OS, the cost of a full OS license, and the labor, you might be better off purchasing a new system.
If you want to consider how this new operating system might be beneficial for your organization, give us a call and we can discuss the costs and benefits.